Curious about our Reversible Figures International Space Station
experiment? Check out this great documentary created by a team of
students from Robert Thirsk High School for NASA HUNCH!

We are glad to report that a manuscript describing the results of the ISS Reversible Figures experiment has been published in PLoS One. Check it out at:

This manuscript concludes a series of 4 peer-reviewed publications and 12 presentations in international scientific symposia since this experiment was selected in response to the ILSRA2009.

Thanks to all for your support on this experiment. It was highly successful and got a lot of visibility.

During the International Astronautical Congress 2014 in Toronto, Ontario, Mr. Martin Zell, Head of International Space Station Utilization for the European Space Agency presented an update on ESA science in board ISS.
It was noted that Reversible Figures had now officially completed On-Orbit operations. The RFx team now heads into full data analysis mode to determine the firm results of the experiment from the crew subjects. 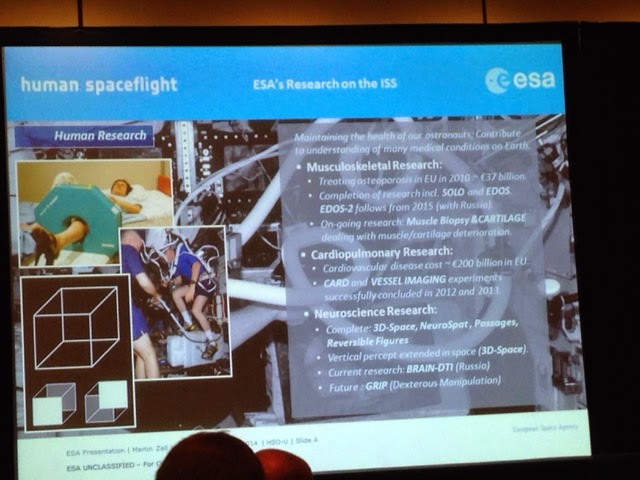 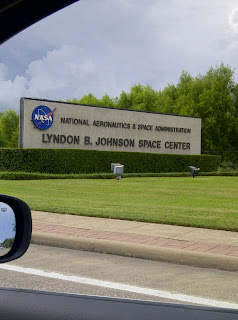 While baseline data collection was occurring throughout the week in September, the RFx team was invited to tour NASA's Neuroscience Laboratory on-site at NASA's Johnson Space Center. This lab houses multiple researchers and experiments which primarily test various aspects of the human body's adaptation to spaceflight. Awesome! 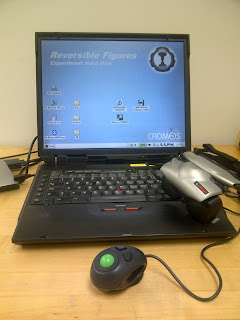 Also during our visit was the last press NASA press conference for the crew of Expedition 35 - scheduled to launch into orbit December 5th 2012. Commanded by Canadian Space Agency Astronaut Chris Hadfield, the crew of 3 will link up with the Expedition 33/34 crew slated for launch October 23rd 2012. 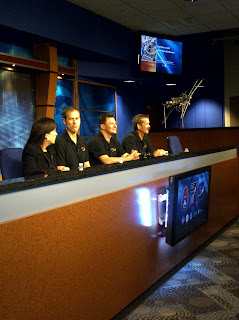 Things have been busy with Reversible Figures lately! Not to mention our beautiful launch into orbit... 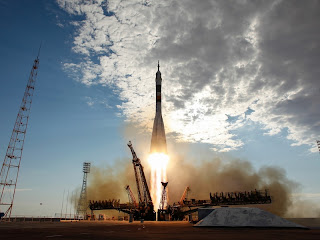 Credit: NASA/Carla Cioffi (July 15 2012) Along with a great photo of Sunita Williams conducting our experiment on the International Space Station! Thanks for a great snap! 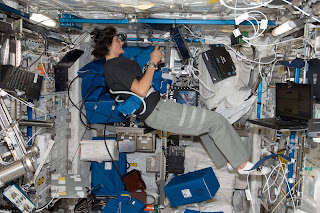 Credit: NASA/ESA (July 19 2012) We've had a couple RFx in-flight sessions completed and look forward to more in the coming Expedition as well. Team members have been training and collecting baseline data from various crew members as well - a member of our team is there at NASA's Johnson Space Center in Houston this week! We also had another team member visit our operations support centre, CADMOS in France a few weeks ago. Thanks for checking-in with us - don't forget to follow us here, on Twitter @RFxSpaceStation (live feed below) or even drop us an email to ask a question.
Posted by ESA Reversible Figures Experiment at 07:48